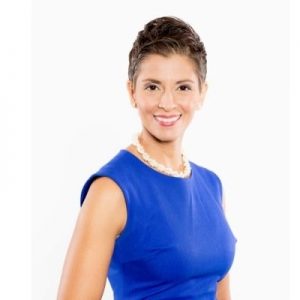 Prior to joining CTV News Channel, Seth anchored Global News’ weekend broadcasts. For more than 13 years, Seth was the face of OMNI Television’s South Asian News where she covered world events including the assassination of Pakistani Prime Minister Benazir Bhutto and the 2008 Mumbai terror attacks.

Seth launched her broadcasting career as a reporter for OMNI Television upon graduating from the University of Toronto with an honours bachelor’s degree in Political Science, English, and Philosophy. During her tenure at OMNI, she led coverage on top stories such as the 9/11 terror attacks and the Air India trial in Ontario. She also hosted and produced two entertainment programs, ISHTYLE TV and BOLLYWOOD BLVD.

In 2013, Seth joined CBC Radio as a freelance news anchor while maintaining her parenting blog, masalamommas.com. She also had her own column entitled Out and About with Angie Seth for Desi News Magazine.

Seth is a strong advocate for women’s rights, children’s rights, and the fight against domestic violence. She worked on a two-year project from 2014 through 2016 with the South Asian Women’s Centre and maintains a positive and unwavering presence in the community.

Seth has won several awards, including the Edward Murrow Award for Innovative Journalism in 2018 for MultiMarket Content, and the Queens Diamond Jubilee Medal in 2012 for her work as a journalist and her contributions to the community.

Seth is a long-distance runner and has participated in five marathons, including the Boston Marathon in 1999. Seth lives in Toronto with her husband and three children. She speaks English and Hindi. 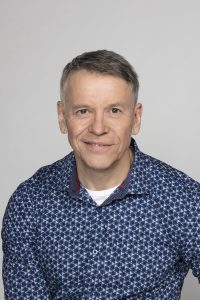 Brent Bambury has always had a deep connection to radio and was still a teenager when he launched his career at CBC working in Saint John, Halifax and Montreal.

When CBC Radio 2 launched the all-night underground music show Brave New Waves in 1984, Bambury worked on the show as a correspondent and was named the show’s permanent host a year later. He spent the remainder of the ’80s and half of the ’90s staying up late sharing his love for obscure and emerging music.

In the early 1990s, Bambury worked as an entertainment reporter for CBC’s Television’s Midday and made the move to co-host Midday with Tina Srebotnjak from 1995-2000. In 2000 he helped Kai Black and David Carroll re-invent the game show genre with their highly successful Radio One show, Off the Cuff.

In 2002, he moved to Ottawa to host CBC’s top-rated afternoon show All in a Day and also helped design and host the national music quiz show GrooveShinny, even making up the show’s goofy name. In 2008, he returned to television to co-host Test the Nation with Wendy Mesley, bringing huge audiences to CBC-TV and rejuvenating the idea of live TV broadcast.

In this period of compulsive creativity, Bambury helped invent the Saturday morning playhouse GO!. For eight years GO! was broadcast live across the country, redefining the limits of live radio and making kids out of all listeners of all ages. For over 20 years, Bambury has also volunteered for Easter Seals and the Canadian Opera Company.

Obsessively creating new content, Brent Bambury is back at it again with DAY 6, a show that blends journalism, current affairs, comedy and opinion together on the radio.

Bambury thinks radio should be kinetic, full of life, fun, outrageous and thoughtful all at the same time.

can provide a boy or girl with school supplies for the year.